Newby's life was an adventure from the mundane to the extreme. He is most likely my favorite travel writer for his humor, self-deprecation and gift for understatement in the face of the most ridiculous adversity.  Amazon Reviews offers a Newby-like summation saying he "has never been bedeviled by practicality."

Born near London, he left a job as a junior ad writer to sign up as an apprentice on a Finnish windjammer Moshulu that rounded Cape Horn from Australia to Europe.  This gave him his start for the book The Last Grain Race.   His sailing life was cut short by WWII and he enlisted in the Black Watch, an elite commando force.  He was captured off the coast of Sicily in 1942 and later escaped with the help of local Italians.  He later married the daughter of the farmer who sheltered him during the escape, which he wrote about later in his memoir Love and War in the Apennines.  After the war, he worked in the women's fashion business but soon left to climb Mir Samir in the Nuristan Mountains of Afghanistan.  More books and more travel.  He'd likely be the kind of traveling companion you'd want next to you in any adventure.  My collection of Newby is below:

1.  A Short Walk in the Hindu Kush (1959).  First published in the U.S. under the title, "A Short Walk: A Preposterous Adventure."  A classic for his understatement, Newby and another friend set out in the remote areas of tribal Afghanistan to do mountain climbing.  They seem ill-equipped for the adventure but more concerned about their supply of pipe tobacco.  The final scene is worth the book itself.  Newby and his friend meet up with the legendary British explorer Wilfred Thesiger who is completely disgusted with their lack of preparation.  Bought used at the State Department
Bookstore.

2.  The Last Grain Race (1956).  Read this on a cold stormy night--you'll never want to leave your house.   In the dying days of sailing ships, shortly before WWII, Newby sets out on his first great adventure as an apprentice seaman to sail from England to Australia and back.  Gritty and hilarious at the same time.  Bought
used but can't remember where. 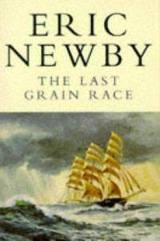 3.  The Big Red Train Ride (1978).  With his wife, Wanda as traveling companion, Newby traveled 6,000 miles from Moscow to the Pacific during the days of the Soviet Union.  Newby is periodically terrorized by the Russian conductress.  Interspersed with black and white pictures.  Bought used somewhere. 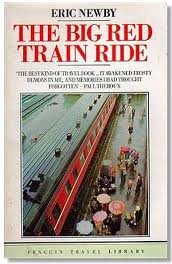 4.  On the Shores of the Mediterranean (1984).  Returns to many of the places he knew during the War and travels further around the Med to investigate the mysteries of Greece, Turkey, Egypt and North Africa.  Bought used--where, I forgot.

5.  What the Traveler Saw (1993).  Have two versions of this book--the first a coffee-table sized book full of Newby's own outstanding black and white photography.  The second is a paperback edition containing the same photos but downsized.  A collection of his writings from his books as well as well as magazine pieces.  Bought at the State Department Bookstore. 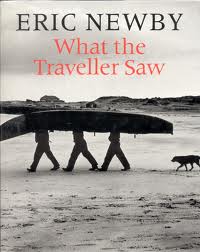 6.  Slowly Down the Ganges.  At the age of 45, Newby decides he and his wife should travel the 1,200 mile length of the Indian holy river.  They run aground more times that I could count and are constantly adapting to new guides, helpers but by the end have a first class adventure.  Bought used somewhere. 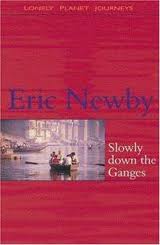 7.  Departures and Arrivals (1999).  More collections of his writings with his black and white photography.  Not a clue where I bought this one. 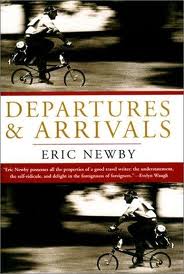 9.  A Book of Traveler's Tales (1986).  A collection of excerpts of what other great explorers, adventurers and literary greats have said in their travels. 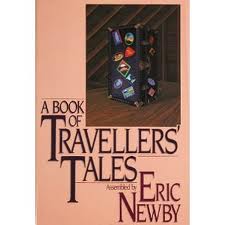 Posted by Compulsively Aimless at 9:06 AM No comments:

To the Western mind, Marco Polo is the grand daddy of all explorers--the top tier with Christopher Columbus and Neil Armstrong.  From 1275 to 1292, he traveled through China, Mongolia and Japan.  His accounts of Kublai Khan's Court, exotic animals and inhospitable deserts were so spectacular that he was not believed by his hometown Venetians.   Personally, Marco Polo was the gateway explorer for me as an armchair traveler.  He set out for the unknown through Central and Eastern Asia, areas that still intrigue me today.  Starting with his original book of Travels, I've added others.


1.  The Travels of Marco Polo, Edited with Introduction by Michael Komroff with Illustrations by Witold Gordon (1930).   Based on Polo's original account dictated to a fellow prisoner as well as the explorer's notebooks.  Hardback and paperback issued in 1982.  The hardback has contemporary color prints and beautiful wide margins that make it a pleasure to read.  Bought the hardback at a book sale that I can't recall.  Paperback belong to my wife while she was in graduate school. 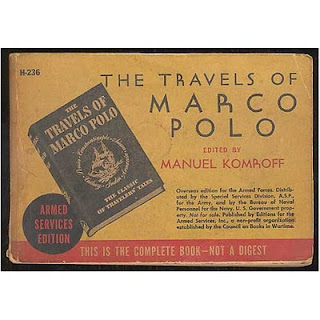 2.  Marco Polo, Richard Humble (1975).   Humble tells Marco Polo's journey from a personnel perspective including the setbacks and danger he faced on his trip to the unknown.  Maps, pictures, prints both western and eastern representations.  Bought used at the State Department bookstore. 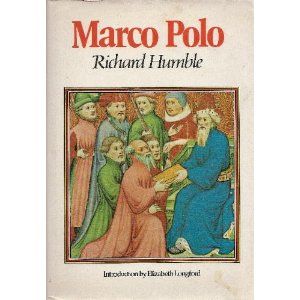 3.  Marco Polo: From Venice to Xanadu, Laurence Bergreen (2007).  Bergreen, who wrote Magellan's Over the Edge of the World: Magellan's Terrifying Circumnavigation of the Globe, provides fresh insights into Marco Polo's travels and life.  Exquisite color pictures and prints.  Bought new. 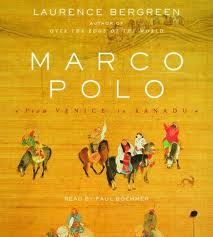 4.  Marco Polo, Maurice Collis (1950).  Simply written, this biography of Marco Polo was meant to appeal to older and younger audiences.   This is an English edition that was never issued in America.  The book is more interesting for its history.  Sold by Harris Book Company of Hong Kong, it was signed by its owner, "Thomas J Corcoran Hong Kong April 10, 1951".   Corcoran was a junior Foreign Service Officer in Vietnam at the time and later attained the rank of Ambassador.  Other unusual feature is that this is the only book that was inhabited by a real book worm that left a bore mark inside the front cover.   Bought at State Department Bookstore. 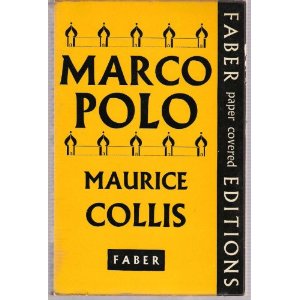 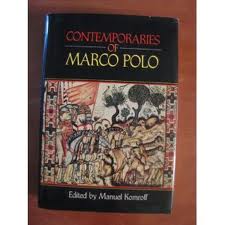 6.  Mission to Asia, Christopher Dawson (1965).  More contemporaries of Polo and their accounts.  Bought used at BJ's Books in Warrenton, VA. 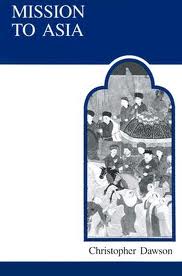 Posted by Compulsively Aimless at 9:05 AM No comments:

PART I: Life During Wartime

France fell to the German Blitzkrieg in six weeks.  A complete contrast to the four years of trench warfare of WWI.  From the invasion to the occupation to the Allies retaking Paris, I've collected several books on the French experience.

1.  Strange Victory: Hitler's Conquest of France, Ernest May (2000).  Details how Hitler believed in his victory over the French.  Bought new. 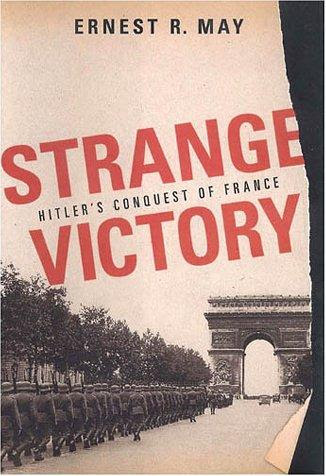 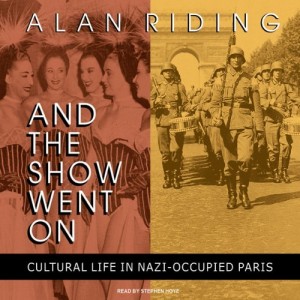 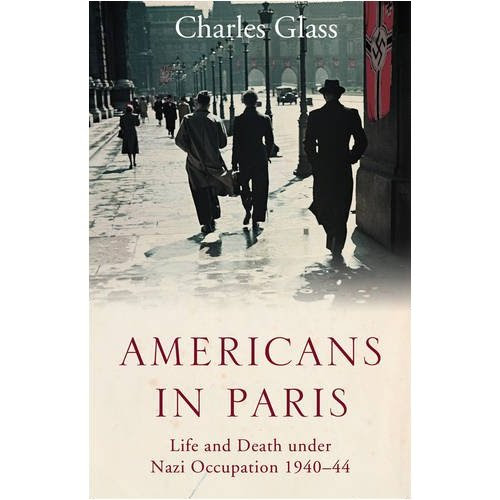 4.  Live with the Enemy: Collaboration and Resistance in Hitler's Europe 1939-1945, Werner Rings (1982).  Details life in France and elsewhere.  Describes the tension between the collaborators and resistors.  Bought used but can't remember where. 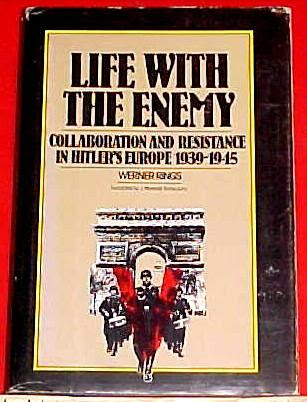 5.  Is Paris Burning, Larry Collins and Dominique LaPierre (1965).  The title takes its name from Hitler's quote when he asked whether his General had followed orders to destroy the City of Light.  Bought used but can't remember where. 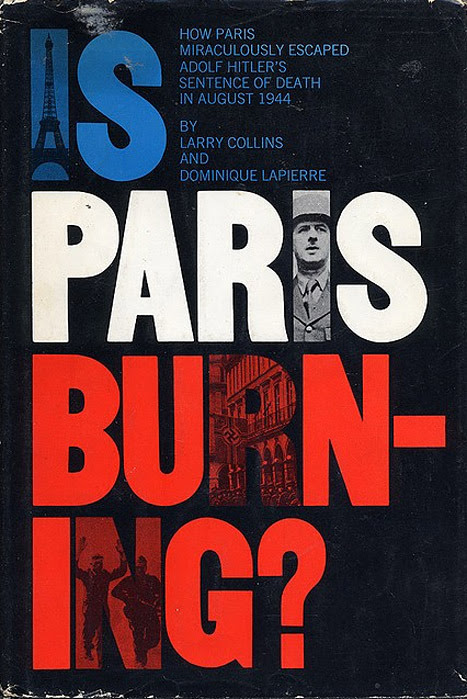 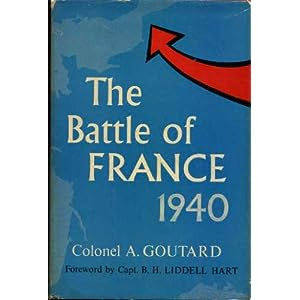 Posted by Compulsively Aimless at 8:24 PM No comments: