Travel by train.  Paul Theroux's book, the Great Railway Bazaar was the first travel book that got me hooked on what is still my favorite genre of book.  Mr. Theroux will get his own list of books in the near future.  Meanwhile, sharing a few other train books on my shelf.

1.  Wall to Wall: From Beijing to Berlin by Rail, Mary Morris (1991).  In 1986, Morris traveled east to west through China, Russia, and Eastern Europe.  Bought used at the State Department Bookstore.

2.  Making Tracks: An American Odyssey, Terry Pindell (1990).   Pindell traveled all 30,000 miles of the remaining passenger lines.  A perspective on rail travel at a time when passenger trains were at their lowest.  Bought used at DJ's books in Warrenton. 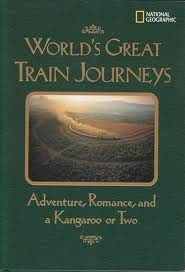 Posted by Compulsively Aimless at 8:59 PM No comments:


One of my literary heroes is Fitzroy Maclean.  By the age of 34, he had lived an exceptional life, experiencing enough for several lifetimes.  As a young man, he joined the British foreign service in the mid 1930s where he was posted to the British embassy in Paris.  He became bored with his duties there and requested a transfer to the British embassy in Moscow.  Maclean witnessed Stalin's show trials during the Soviet purges.  At the same time he traveled extensively outside Moscow to remote and forbidden areas of the Soviet Union.  He was always tailed by the Soviet secret police and made a game of trying to lose them.

In 1939, he resigned from diplomatic service to volunteer in the military.  He became one of the founding members of the British SAS (an elite commando team, roughly equivalent to our Special Forces) and raided behind the German and Italian lines in North Africa.  Other wartime exploits including kidnapping a German General, and parachuting into Yugoslavia at night where he joined forces with t the partisan leader Tito.  He rose from private to brigadier (British army rank, the US equivalent between colonel and general).  He served a British Member of Parliament, authored over 20 books and considered by some to be inspiration for Ian Fleeming's James Bond.  Not a bad life.

The one thing I shared with him is that we have both traveled in Central Asia.  I buy his books whenever I find them in used book stores and even started a group devoted to his books on Facebook.


1.  Eastern Approaches (1949).  First released in England, the American edition was released under the title "Escape to Adventure" to make it more appealing to American audiences.  I tend to agree.  Eastern Approaches does not do justice to the excitement of this book.  It details his posting to the Soviet Union in the 1930s and exploits with the SAS during WWII.   Bought used but can't remember where.  Inscription reads, Speedy recovery and best wishes, your friend Bill Hinchman  To Capt. John P[???]y.

2.  A Person from England and Other travellers to Turkestan (1958).   Stories of intrepid European travellers who ventured to the remote Central Asia cities of Merv, Khiva, Bokhara and Samarkand.  Bought both the British and American editions used at the State Department Bookstore.

3.  The Back of Beyond: an illustrated companion to Central Asia and Mongolia (1974).   Maclean revisits many of the places he ventured to in the 1930s.  Illustrated with over a hundred of his own photos.  Bought used unsure where. 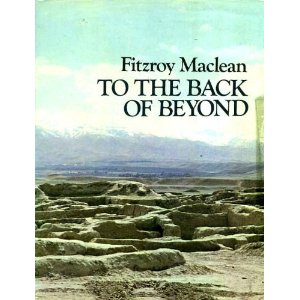 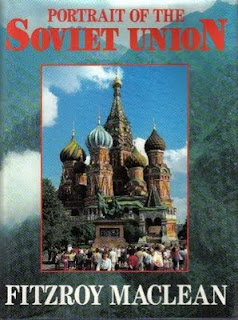 Posted by Compulsively Aimless at 6:21 PM No comments:

A Mysterious Desert: The Gobi

Maybe the most intriguing of the world's great desert is the Gobi.  In the heart of Asia--it's been the setting for great adventures, strange oases, nomads and dromedary camels.  Climate ranges from searing heat to arctic cold.  From a collection on Central Asia books, Gobi Desert books are a niche within a niche.  I still hope to travel the Gobi one day but for now, will travel it in these books.


1.   Gobi: Tracking the Desert, John Man (1997).  Following the fall of the Soviet Union, Mann explores the Gobi, its boundaries, oases, its nomads and retraces the tracks of some earlier explorers.   Color and black and white pictures.  Bought new. 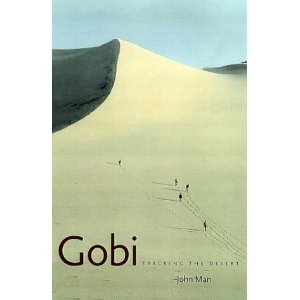 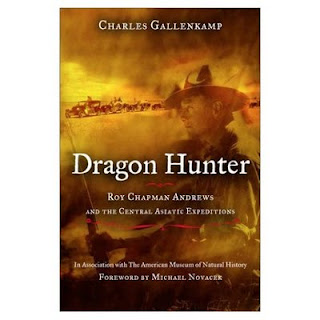 3.  The Gobi Desert, Mildred Cable with Francesca French (1944).  Cable was one of a group of intrepid English women who explored unknown corners of the world.  She and two companions traveled the remnants of old trade routes visiting the Caves of a Thousand Buddhas and other lost sacred sites.  Travels well documented with black and white photos.   Bought used, can't remember where.

Posted by Compulsively Aimless at 6:32 PM No comments:

As Samuel Johnson said, "a man who is tired of London is tired of life."   I share his view.  London continues to thrive attracting nearly every nationality in globe.  I didn't set out to collect books on London but here's what I've got.
1.  London: The Biography, Peter Ackroyd (2000).   Everything from the great city's pre-Norman history to the Middle Ages, historic neighborhoods, theaters, rich and poor.  Ackroyd  effectively uses history and anecdotes to tell the great city's story.  A Christmas gift from my mother, 2002 with the inscription, "In preparation for your next trip to London."

2.  Boswell's London Journal: 1762-1763, Edited by Frederick Pottle (1950).    Twenty-two year old Boswell gives a candid account of his adventures in London during the time of George III.  Bought used as a first edition but can't remember where.  A book seal showing it was from the Library of of William J. Muniak with a scale of justice in the center of the seal. 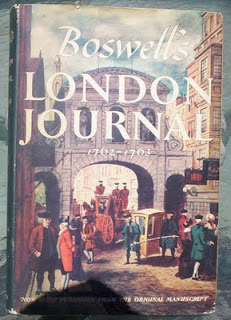 3.   The Romance of London: Historic Sketches, Remarkable Duels, Notorious Highwaymen, Rogues, Crimes and Pnshiments and Love and Marriage, John Timbs (1927?).   Bought used at the State Department book store with the inscription, "Margentina, from Grandpapa and Grammy, London, July 21st, 1927    All of us on the same bough from whence we sprang."
4.  Down and Out in Paris and London, George Orwell (1933).  Presented as a novel but mostly autobiographical about Orwell's life as a young, poor and struggling writer in London  Bought new.

Posted by Compulsively Aimless at 7:38 PM No comments:

It must seem as if all my books are in the travel-adventure category.  Here's another group of books that retrace great adventures in history.

1.  Searching for Crusoe: A Journey Among the Last Real Island, Thurston Clarke (2001).  Clarke visits an island off the coast of Chile, Mas a Tierra that inspired Defoe to write Robinson Crusoe.  Appropriately read this book while visiting the island of Bikini in the Marshall Islands with Walter Kropf, October 2005.  Bought used but can't remember where.

3.  From the Holy Mountain: A Journey Among Christians of the Middle East, Willman Dalrymple (1997).     In 587 AD, two monks set off on an extraordinary journey that would take them in a journey across the entire Byzantine empire, from the Bosporus to the sand dunes of Egypt.  More than a thousands years later using the monks' writings for his inspiration, Dalrymple set off to retrace their footsteps.

4.  No-Man's Land: One Man's Odyssey Through The Odyssey, Scott Huler (2008).   Huler doggedly retraces Odysseus's journey from the ancient ruins of Troy to his final destination of Ithaca.   Along the way, he looks for the Cyclops's Sicilian cave, visits the land of the dead in Italy and other landmarks of his predecessor's great story.  Bought new.

5.  Blue Latitudes: Boldly Going Where Captain Cook has Gone Before, Tony Horwitz (2002).   Horwitz retraces Captain Cook's three epic journeys of discovery into the Pacific.  He takes to the sea in a replica of Cook's ship.   Bought used but can't remember where.

6.  Beyond the Edge of the Sea: Sailing with Jason and the Argonauts, Ulysses , the Viking s, and other Explorers of the Ancient World, Mauricio OBregon (2001).  A small elegant history that retraces fourteen historical journeys.  Bought new at Olsson's books in Washington, DC.

If you buy enough books on one area, you develop sub, sub genres.  Here's a new one--travel, retracing past travel, unique to North America.  Book buying was fueled in part to research my own idea for a book to retrace a grandfather's 1919 car trip across the U.S.

2.  Way Out West: On the Trail of an Errant Ancestor, Michael Shaw Bond (2001).   In 1862, an English aristocrat left home and traveled the prairies and mountain of western Canada.  140 years later, his great-great grandson retraced is steps.  Bought used at Russell Books in Victoria, BC Canada.

3.  The Old Man and the Harley: A Last Ride Through our Fathers' America, John Newkirk (2008).   A 1939 motorcycle trip from Schenectady, NY to San Francisco by a 19 year is retraced by his son years later.  The son learns of his father's experience in WWII and forgotten family history.  Bought used but can't remember where.

Posted by Compulsively Aimless at 6:11 PM No comments: