Starting from childhood, I've been fascinated by maps.  I often picked the most obscure or remote places and wondered what it would take to travel there and what would I do once I arrive.   Whether its National Geographic or the Rand McNally Road atlas, you can always plant your imagination on some part of the map.  Maps have evolved from ancient works of art owned by Kings and considered state secrets to the digital age where GPS navigation makes paper versions obsolete.  Here's some of what I've collected on maps:
1.  New Worlds: Maps from the Age of Discovery, Ashley and Miles Baynton-Williams (year?).  Beautifully illustrated reproductions displayed in chronological order.  Over 120 maps shows the evolution of European history through maps.  Bought new. 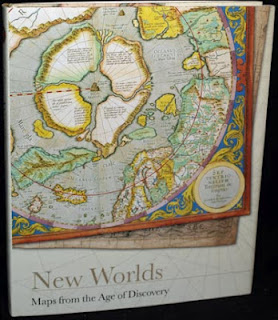 2.  Men Who Changed the Map: Vol. I: AD 400-1914, Erick Berry and Herbert Best (1967).  The book flap this is a book to give basic background to for young readers.  By today's standards, it would be impressive for old readers to understand.  Chapters on some of histories great conquerors: Attila the Hun, Mohammad, Charlemagne, all the way to Napoleon.  Book is illustrated with photographs and large scale maps.  Book plate with a unicorn and a rainbow showing Emily Majer as past owner and likely a young reader.  Bought used at Raven Books in Amherst, MA. 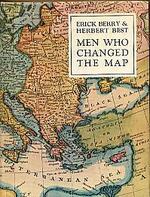 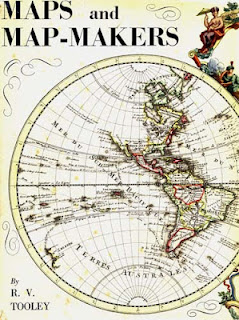 4.  Antique Maps: A Collector's Guide, Carol-Moreland and David Bannister (1989).  Beautiful illustrations to look at even if you're not a collector.  Came with wife.

5.  Atlas of the Year 1000, John Man (1999).  A collection of maps showing the world of 1000 from the standpoint of Europe, Islam, China and Japan.  A great show of contrasts.  Beautiful illustrations showing movements and migrations.  Bought new. 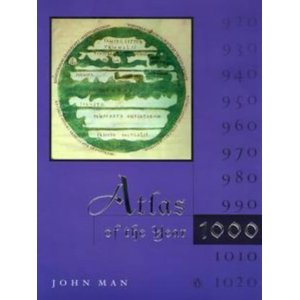 6.  The Geography Behind History: How Physical Environment Affects Historical Events, W. Gordon East (1999).  Reissued from 1965.  A short study of how geography influences the placement of routes and towns told by an English professor of geography.  Bought new. 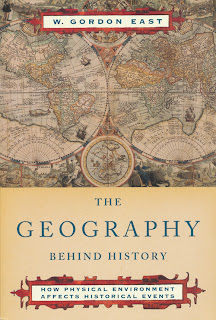 Posted by Compulsively Aimless at 1:20 PM No comments:

Lewis and Clark opened the American way west.   They inspired our romance with traveling west.  Over two hundred years later, Americans have created a ritual of road trips west.

1.  The Journals of Lewis and Clark, edited by Bernard DeVoto (1953).    The title says it all.  From St. Louis to the Pacific and back.  Edited by the great western historian DeVoto.  Bought used but can't remember where. 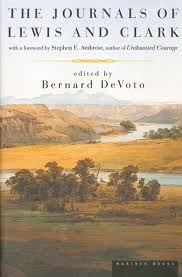 
3.  Undaunted Courage: Merriwether Lewis, Thomas Jefferson, and the Opening of the American West, Stephen E. Ambrose (1996).    Best seller that provides the full text of the adventure from beginning to the end of of their days.  Bought used somewhere. 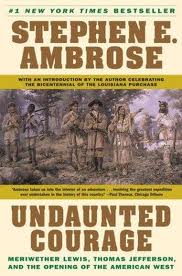 4.  Out West: A Journey Through Lewis and Clark's America, Dayton Duncan (1987).  Duncan follows in the footsteps of Lewis and Clark meeting new characters along the way.  Bought used. 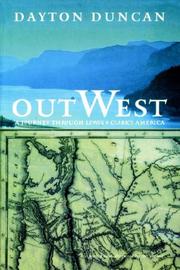 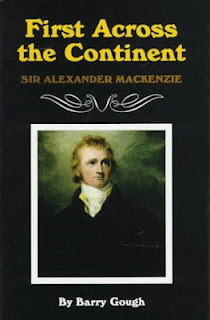 Posted by Compulsively Aimless at 7:55 PM No comments: