Want to be cool and hip?  Not thought of as a square?  Whether you care or not lots of others do.  Here are my books on who the cool kids are: 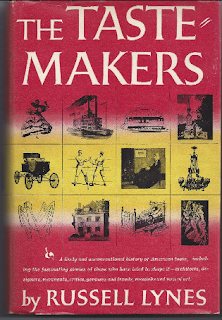 1.  The Taste Makers, Russell Lynes (1954).  Lynes writes in a conversational style about the history of taste in America.  He looks at those that try to shape taste from architects, designers, corporations critics artists. and frauds.  Takes you to the cusp of the Beatnik era.  Black and white pictures.  Bought used at an unremembered location. 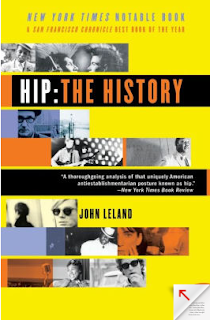 2.  Hip: the History, John Leland (2004).  Leland looks at sex, musicrace, fashion and drugs and youth rebellion to bring us the idea of Hip.  He starts with Walt Whitman and moves to the Jazz Age, the Beats and Punk Rock.  Black and white pictures.  Gift from a friend. 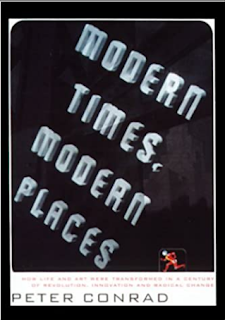 3.  Modern Times, Modern Places, Peter Conrad (1999).  Conrad takes a broad look at the world at the end of the 20th Century.  He surveys at the art scenes of Vienna, Paris, Berlin and Tokyo.   Black and white pictures.  Bought on Amazon. 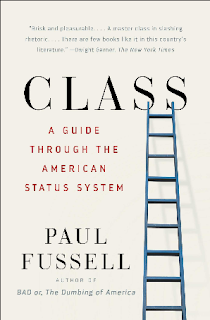 4. and 5.  Class, and Bad.  Paul Fussell  (1992),   Fussell, a 2nd Lieutenant in WWII, a professor of English at an all women's college and likeable curmudgeon provides a guidebook to the customs of the American class system.  Class looks at art, speech, clothing and intellectual pursuits of American classes -- You'll find yourself somewhere between the high brow an low brow.  Fussell's second book Bad focuses on worst America has to offer and how we can be persuaded that almost anything that's bad is good.  Both used book store finds and forgot where. 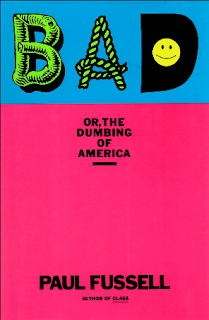 Posted by Compulsively Aimless at 6:10 PM