Returning to my random lists of books on my shelf after several years. I had to pause for a while after several moves that put my library into a state of of upheaval.  After moving from out of a house with built in bookshelves, I've had to keep my books stacked and double shelved on small shelves or stuffed in liquor boxes sitting in an attic.  I've finally been able to build shelves in my current house and see my books again.  Since then, I've also inherited books from both my parents who have passed away in the last few years.


Write it Yourself - Part II

One of my first lists were books about diaries and journals including one of the most famous diarist - Samuel Pepys.  Write It Yourself - Part I


Diaries, journals, logs, notebooks -- may be for an audience of one to recording daily life or possibly as a record moments in history.  Diaries cover the widest spectrum of human experience -- the drama of war (Guadalcanal Diary or the introspective thoughts of a romantic like the seven volume Diary of Anais Nin).  Journeys are a large sub-genre of journals and within that there is the sub-sub genre of ship's logs.

I have a soft spot for diaries.  I've kept a journal since I was 18 thanks to a high school graduation gift. I also inherited a diary from my paternal grandfather during his time as a second lieutenant in the US Army in WWI and a log book from my material grandfather recording his 1919 cross country drive across the country.

Here's a few of those on my shelves: 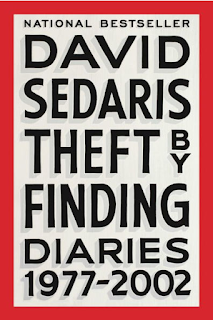 Theft by Finding: Diaries (1977-2002), by David Sedaris (2017).  Diary of the humorist and writer David Sedaris from his early college days to his days become an established writer.  Bought new at an airport bookstore. 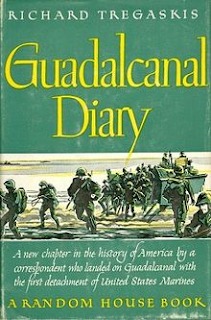 Tregaskis followed on the next year with Invasion Diary (1944) about the invasion of Sicily. This one also bought used at the State  Department book store and once owned by Bruce Collmus of Norfolk, Virginia.  One of several war diaries.http://compulsivelyaimless.blogspot.com/search?q=guadalcanal 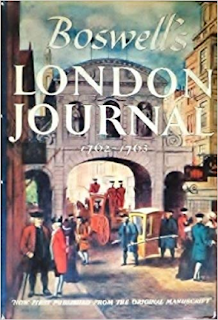 Boswell's London Journal 1762-1763 (McGraw Hill 1950).  Boswell was 20-something young man in London seeking a commission in the Queen's Guard.  Lots of meals, connections, and debauchery.  Inherited from my mother's library. 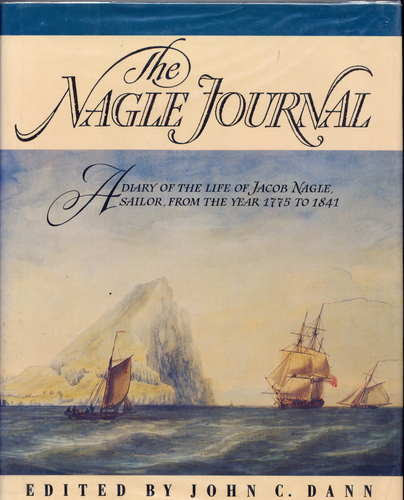 The Nagle Journal: A Diary of the Life of Jacob Nagle, Sailor from the year 1775 to 1841 (1988). Nagle joined the British Navy at the time of the American Revolution and served in American waters, later fought with Commodore Nelson's fleet during the Napoleonic Wars. His adventures took him to India, China and Australia. He died peacefully at the age of 80 in Canton, Ohio. Excellent color plates illustrating the era Nagle served. Bought used but can't remember where. A sample of one of the several ships logs from my library the subject of an earlier blog: http://compulsivelyaimless.blogspot.com/search?q=nagle 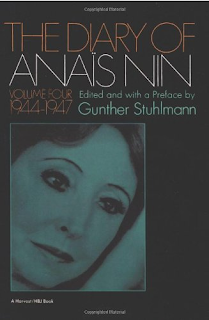 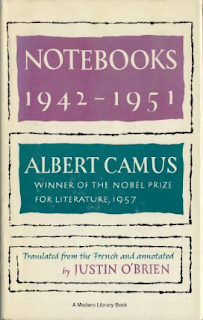 Notebooks 1942-1951, Albert Camus.  Nobel laureate Camus kept journals of his ideas and outlines of his future books.  Covers the period of German occupation of Paris during which Camus was part of the underground resistance.  Bought used at the State Department book store. 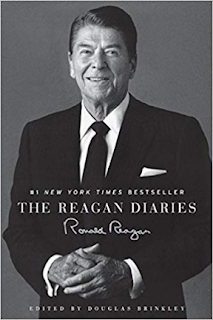 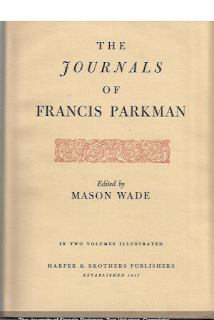 The Journals Of Francis Parkman (Vols. I and II)(1947).  Parkman was a historian and adventurer who traveled the back country of New England, Canada, the Great Lakes, Europe and the American west.  His journals served as the basis for The Oregon Trail.  Can't recall where I bought them-- a used book store, possibly one in Amherst, MA.

Posted by Compulsively Aimless at 8:50 PM