In 1988, I drove across country as a last burst of freedom before starting my first full time adult job. My goal for the trip was to find a lost family house that belonged to my great grandparents in Pasadena, California. Lost and abandoned became one of the themes of the trip. Some things lost because decisions were made to destroy them and others simply abandoned. 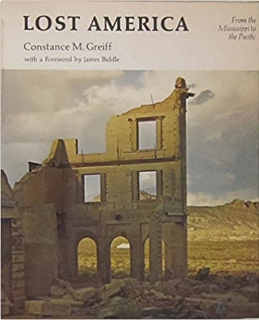 1. Lost America: From the Mississippi to the Pacific, Constance M. Grieff (1974).  During my cross country drive, I stopped in Albuquerque, NM to look for its train station and the Alvarado Hotel. It was one of the country's greatest railroad stations along the Atchison, Topeka, and Santa Fe route from Chicago to Los Angeles.  Built in a "Pueblo" style style, it included landscaped courtyards and shopping arcades. True to the words of Joni Mitchell's song, it was demolished and paved over for a parking lot. I read this much later in Grieff's book. Inherited from my mother. 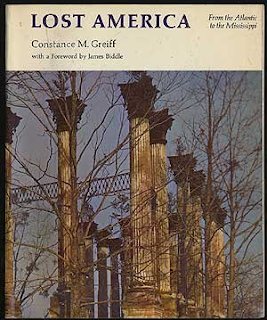 2. Lost America: From the Atlantic to the Mississippi, Constance Grieff (1971).  The first of the two Lost America books by Grieff.  Maybe the most notorious loss of all losses is the destruction of New York's stately Penn Station; cut up in pieces and unceremoniously dumped in the New Jersey Meadowlands like the unfortunate victim of gangland crime. Inherited from my mother. 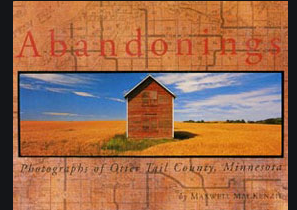 3. Abandonings: Photographs of Otter Tail County, Minnesota, Maxwell MacKenzie (1995).  Who wouldn't want to visit a place called "Otter Tail County"? Named for the Chippewa who saw a likeness of an otter tail's shape in the river and lake. Maxwell preserves the images of the county located on the edge of the Great Plains in Minnesota's western half in beautiful color photo taken in summer, fall, winter and spring. Bought used but no longer remember where. 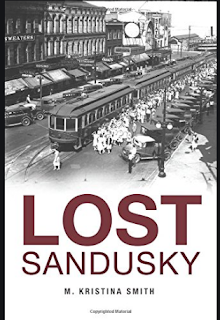 4.  Lost Sandusky, M. Christina Smith (2015). Part of the History Press's "Lost" series of books on cities and places. Smith captures the lost business, hotels, transportation, wineries and breweries through concise descriptions accompanied by black and white photos. Lost Sandusky is on my shelf because its where I have roots. I've heard stories of many of the places included from my mother and grandmother.  Bought new online. 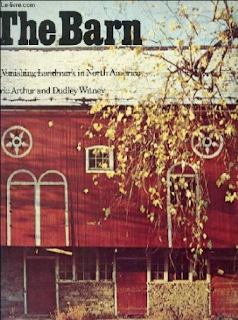 5. The Barn: Vanishing Landmark in North America, Eric Arthur and Dudley Witney (1972).  The sight of a red barn evokes a familiar Midwest feeling of home. But there's much more to the eye. Dutch Barns, English Barns, Pennyslvania Bar, and Circular and Polygonal Barns--all types of barns you'll learn to distinguish but all barns that are disappearing from North America.  Extensive colorful pictures illustrating the styles of barn. Inherited from my mother. 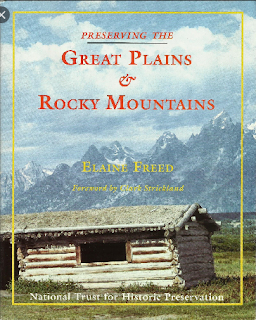 6. Preserving the Great Plains and Rocky Mountains, Elaine Freed (1992).  Historical review of former forts, sod houses, churches, farmhouses, ghost towns as well as preserved structures still in use. Bought new through a mail order book catalogue in the days before the internet.

Posted by Compulsively Aimless at 12:57 PM