A BOY'S LOST INSTRUCTIONS and THE HOUSE AT NIGHT 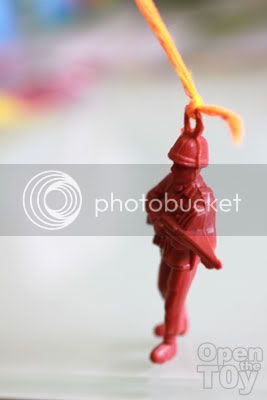 There was a final time when you said, “I’m going out to play.” But you never realized it was final...

My Grandfather fell to earth in a WWI parachute
fifty years later
he taught me how to make a parachute man
with a handkerchief, string and a lead sinker
You folded the handkerchief in squares
and tossed your parachute man into the air
Nowadays most men don't carry handkerchiefs.

My father showed me how to send messages
up to kites
He used old memo pads with his company logo on them
and we'd write notes
How are things up there?
tear and tape the sheets around the kite string
He'd give it a slide up the line
and off it would go spinning around till the message was delivered.
Today stunt kite flyers would not sit still to send a message.

In the fall
we would burn piles of leaves.
Sometimes my father would clean old boxes from the garage
and use his pocket knife to cut out doors and windows
to make it look like a building.
He'd also cut a hole up top and insert
a cardboard paper towel tube.
The box would be set on top of the burning leaves
till the fire reached underneath
flames would flicker inside the windows
smoke would billow from the tube
and then the box would flame into a dark brittle crust.
Too bad you can’t burn leaves anymore.

I can't remember who passed on the secret instructions
but it was known among boys my age and time.
Four Seven-Up cans, top and bottom cut-outs
connect to a long stick
load with a tennis ball
fuel with lighter fluid
and with the right technique
you could fire tennis balls into the air and over your house.
Today the neighbors would call the cops
and put you on a list.

The House at Night

The House at night
Reminds of how it was to be a child
When everything was safe and secure
A small light in the kitchen
The hum of the dishwasher
The House is at peace
It's done its duty for the day.


For more poems go to Verse Virtual  http://www.verse-virtual.com/john-kropf.html
Posted by Compulsively Aimless at 7:21 AM