Counterpoint to the Zombie Apocalypse 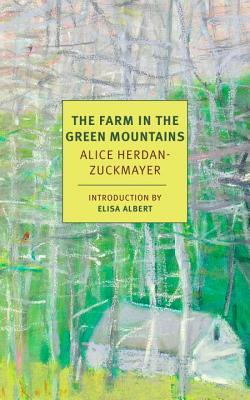 A quiet, peaceful, and even sweet book from Alice Herdan-Zuckermeyer. Alice and her husband, "Zuck" were intellectuals of in Weimar-era Berlin, he also being a playwright. The couple escaped Nazi Germany at the start of WWII and found their way to a small Vermont farm where they adapted to the small town ways of farm life in New England raising goats, chickens, and pigs, and struggled to survive the harsh New England Winters. Alice was able to keep her sanity by regular trips to the Dartmouth College library and writes a captivating chapter on her love of the Dartmouth library. She has also written a bit of a love story for her newfound country calling herself an American even after returning to Europe following the end of the war. As might be expected with New England farm life, it can be somewhat slow in sections. Overall, a satisfying read providing an outsider's perspective on America during WWII and a great addition to the New York Review of Books series.

Added bonus to the NYRB edition is the Wolf Kahn painting on the cover.

Posted by Compulsively Aimless at 7:54 AM