I have only a smattering of miscellaneous guides from before the fall of the Soviet Union. The guides are in English and in were published by published by state owned presses or ministries of tourism. I try to imagine their owners. What motivated them to travel to the restricted areas of former Yugoslavia, Romania, and the U.S.S.R. An English speaking traveler would have been under scrutiny of both sides for making a visit to these destinations behind the iron curtain during the cold war. One of the most daring was Fitzroy Maclean (described in an earlier blog: Diplomat, Adventurer, Soldier, Author), a British diplomat who, while in Russia in the 1930s during the height of Stalin's show trials,  continually exhausted his minders by traveling into the forbidden areas of Soviet Central Asia. Maclean had been described as the original British Action Hero and had enough adventures for ten lifetimes.

These guide books are much less daring. 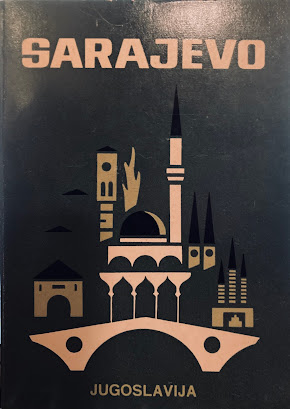 A Tourist Guide Through Sarajevo, Dr. Smail Tihic (1966).  Purchased used from the AFSA bookstore with the first owner's signature on the flyleaf, "Janet L. B[illegible] July 1970. Book contains a brief history with a listing of resort destinations around the city, numerous black and white photos, and a map of the city on the back flyleaf. There are also a handful of ads in the back for tram lines, "Zrak" optics for binoculars and hunting scopes.  I wonder what adventures Janet B. may have had in the summer of 1970 with Tito in power seeking to be independent from the USSR. The world got to see the mountain setting of Sarajevo during the the 1984 Winter Olympics. In 1996, my wife traveled to Sarajevo and saw the devastation and rebuilding of the city following its four-year siege during the Bosnian War. 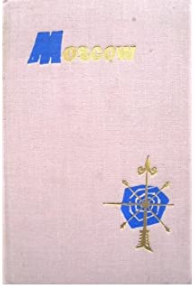 Moscow: A Tourist's Guide, V. Chernov and V. Mazov (1961).  Printed in the U.S.S.R. and distributed by their state tourist agency, Intourist (now privatized in affiliation with Thomas Cook).  The Berlin Wall would have gone up that year and Premier Nikita Khrushchev would have been in power then and later that year he would met with President Kennedy in Vienna over the fate of Berlin. The Guide contains a history of Moscow, "hints for the motorist" ("it is against the rules for a driver to signal except in emergencies"), black and white photos, and maps of the metro and ring road system (rarities). 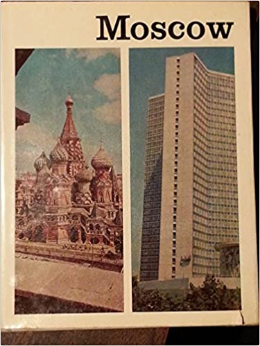 Published in the "USSR", a beautiful book of black and white and color photos featuring the Kremlin, the Old City, Moscow's Classical Period and "New" Moscow. A contrast of the Kremlin and 1960s modern architecture. Purchased in the AFSA bookstore.

The Romanian Coastline, Romanian Ministry of Tourism (no date, ~1980?) Not really a guidebook but a tourist brochure, I found in the AFSA bookstore and bought it for its color photos and time period. I'm trying to imagine traveling to Ceaușescu's Romania to visit a resort on the Black Sea about 1980. The brochure features Casinos, Roman ruins, beaches, Las Vegas style shows and spas. The fact that a traveler kept this and donated to a book store they must have experienced some of the coastline's charms. 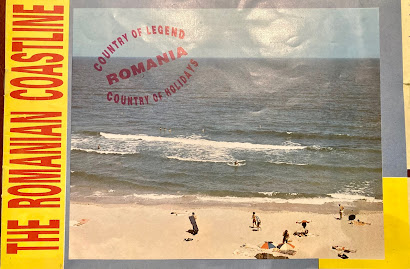 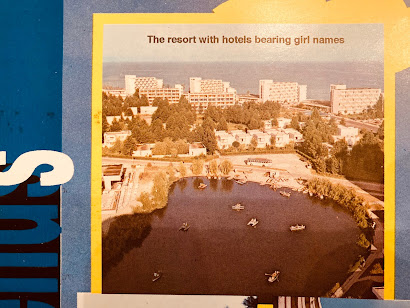 Posted by Compulsively Aimless at 8:48 AM