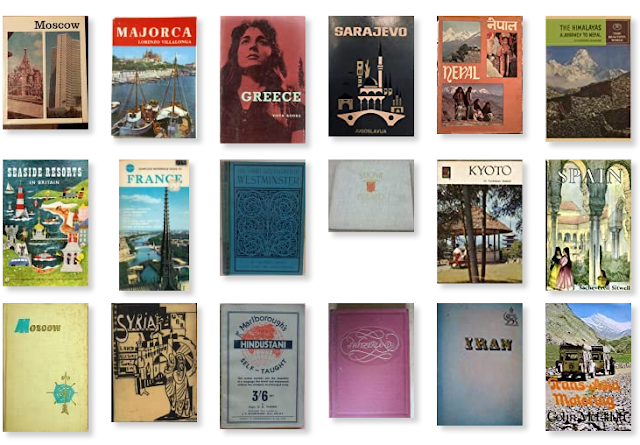 Perhaps it’s the COVID virus which has made me go deep into my library to find vicarious travel experiences. Lately, I've been looking at a series of vintage travel guides. Years ago, I unconsciously started buying them second hand from the American Foreign Service Association located in the basement of the State Department. And by vintage, I've arbitrarily picked 1980 and earlier. Each of them came from a series of books by a publisher similar to those existing series today like Lonely Planet, Rick Steves, and Frommers. And guidebooks are different from their more literary cousins, travel narratives. Guidebooks are meant to be compact and functional making the traveler self-sufficient or at least reassure the owner they can be confident in their new adventure.
More than other books, travel guides tell two stories: the first is a snapshot of how the world was perceived at a point in time and second, the story of the book's life, who owned it where they carried it. Travel guides were an especially personal object traveling in the hands of their owners who were exploring sights new and different from their homes. Perhaps some held out while walking or grasped tightly like security blankets.
Here's a few samples of vintage travel guides from different eras.

The Marlborough Self-Taught Series was first published by a London publisher in 1909 using a popular self-instructional teach yourself method. It employed a systems of phonetics and also included a second series on grammar  The series covered most continental European languages but also Asian and Middle Eastern tongues and even Esperanto. One puzzling entry is for "Irish".

My copy is for Persian with a bookstore stamp on the inside showing it was sold by the Mebso Bookstore, Tehran.  I imagine an British traveler, perhaps a serious minded student or army officer, walking into the bookstore on one of their first days in Iran and buying a copy one afternoon and walking out into the streets of early 20th century Tehran. The guide is compact, pocket sized, and well thumbed. 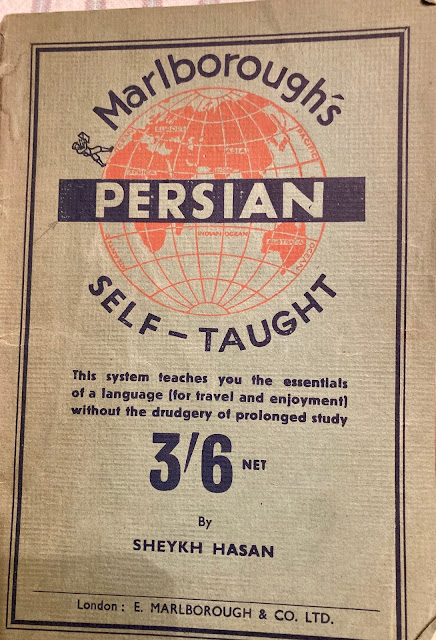 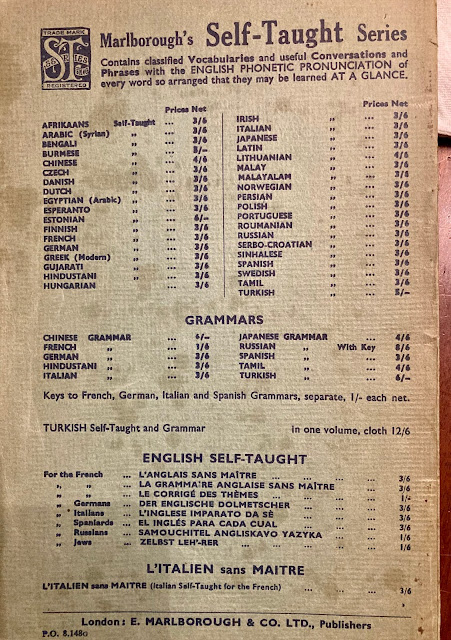 The Alpina Guide Books was a small series was published in France the early 1950s offering classic black and white photos of their subjects and concise tours of well-loved French sites such as Chartres, Rheims, Notre Dame, and Versailles. My two copies are Paris on Foot and The Cathedral of Notre-Dame. Inside the back cover of Paris On Foot is a hastily drawn map and a set of notes for a show at the Folies Bergere at a cost of 1.7 Francs. It looks like two sets of hand writting: one French, one English I'm imagining an American traveler in post-war Paris taking notes from a small hotel Concierge setting out on foot to find the music hall and see a show featuring the Can-Can. 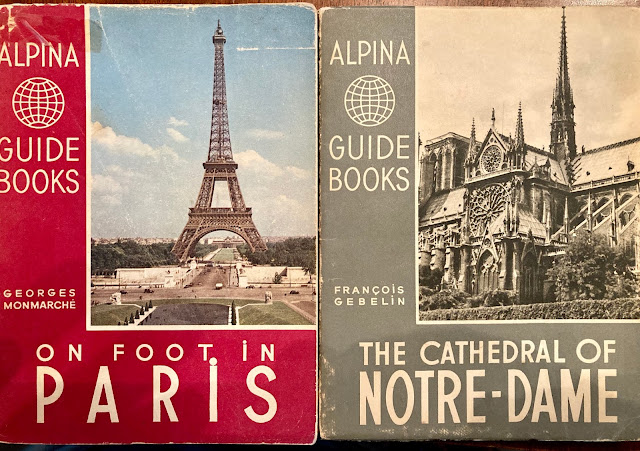 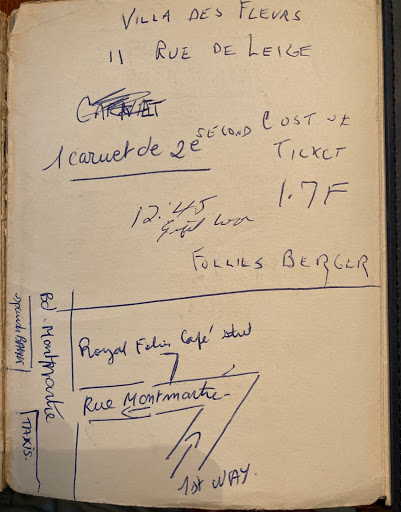 Once upon a time Pan American Airways, known as Pan Am, was the largest international airline and flagship carrier of the United States until its collapse in 1991. It's most glamorous days opened in the the late1950s and early 1960s with Pan Am flying its sleek and efficient Boeing 707s to Europe. With those flights, Pan Am published a series guides to European countries such as Britain, Spain and the Scandinavian countries. My copy is the Complete Reference Guide to France (1962).

Here I'm imagining an American family traveling for the first time traveling to Paris, having shared the excitement with their friends and neighbor. Their travel agency has kitted them out with the Pam Am travel guide and carry-on bag. 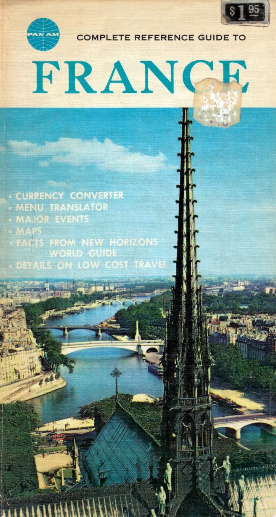 More to come...
Posted by Compulsively Aimless at 8:48 PM