VINTAGE TRAVEL GUIDE: THE DARK SIDE OF THE SWISS CHEESE CARTEL 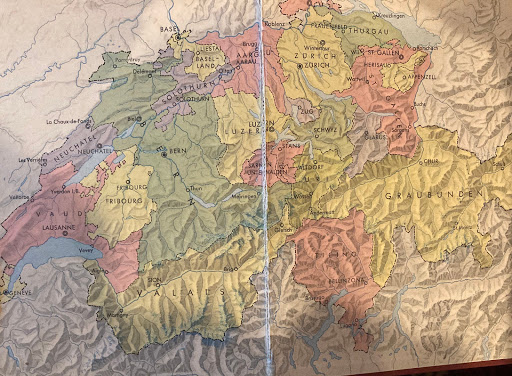 Switzerland, Dore Ogrizek and J.G. Rufenacht (1949). This seemingly benign book on Switzerland has some darker associations. The book was created and distributed by the Switzerland Cheese 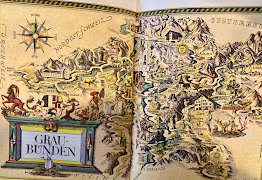 Association and the Swiss Cheese Union. The cheese groups essentially created an iron clad cartel controlling production of Swiss cheese (Foundue Conspiracy).  Rebel cheese makers tried to introduce new strains of cheeses without success but were kept out of the business. The association created huge subsidies of Swiss taxpayer money that even exceeded the cost of the whole army of Switzerland. By the 1990s, after corruption charges were leveled out a number of Swiss cheese magnates, the organizations were disbanded but the subsidies continue.
The book also contains special book plate which complements of Switzerland cheese Association and Swiss Cheese Union's New York offices at 105 Hudson Street. I imagine cheese executives in their Tribeca offices in the 1950s, 60s, and 70s. It sounds ideal--promoting cheese with parties and giving away books.
The other intriguing thing about this book is the book plate is made out to "Mr. C.L. Alderman." I can't be certain of who Mr. Alderman was but there was there was a person by that same name who wrote a number of books in the 1970s on histories of Tudor England.
The cover of the book is completely unassuming but it has inside beautiful little color illustrations maps a concise history of Swiss Switzerland and history on all the different regions.
Inside the book is stamped printed in Switzerland with inside cover maps provided by Kummerly & Frey Burns Switzerland. They were known as a primer Swiss travel publishing company.
Finally, the ultimate obscure fact you will read this year is that: "All rights reserved for all countries including Sweden, Norway and the U.R.S.S." [French language alternative initials for the U.S.S.R.]. Why are those three countries called out? Perhaps an international copyright thriller is waiting to be uncovered in this simple statement of legalese.
Purchased at the State Department used book store. 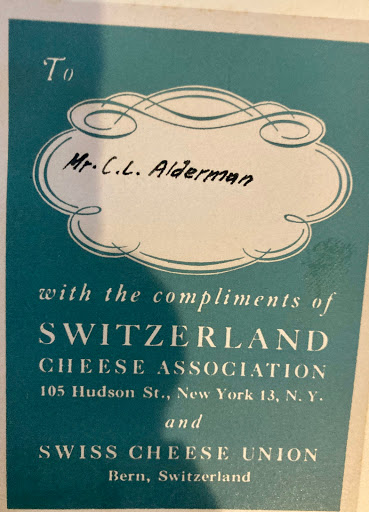 Posted by Compulsively Aimless at 6:24 PM